UNO Card Game: A Classic Game to Sharpen the Mind 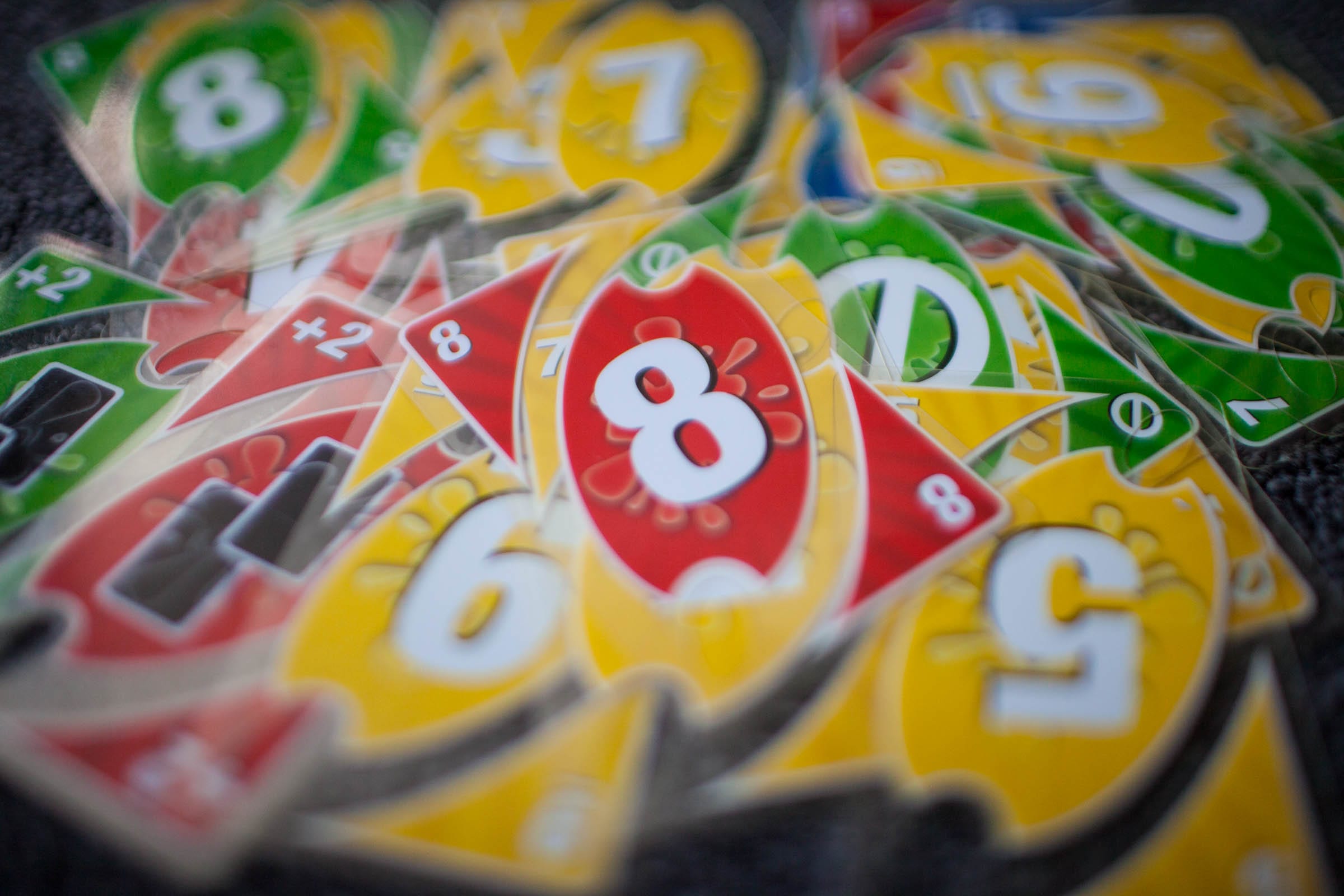 UNO Card Game: A Classic Game to Sharpen the Mind

57 Cards Staff2017-04-21T16:40:15+00:00
UNO has become one of the most popular card games outside of a regular deck of poker.
As much as I love Rook, Phase 10, Dutch Blitz, or other similar card games, the clear powerhouse of the group is UNO.  Uno can be both be simple for young ones to learn, yet challenging for seasoned card players as well to enjoy some fun competition.
Uno can make you think, yet there are also many benefits in the teaching and learning realm for parents seeking to improve their mathematics and color skills.
With one Uno card deck, you can literally play with your kid multiple games that may make them enjoy their arithmetic practice.
What I love about card games is there is something natural to the classic way of playing games with your family.  Not tethered to a computer screen or a TV.   Instead, its just you, your kids and family, and the lush carpet you all are rolling around on as you await your next turn.

WHAT IS THE DIFFERENCE BETWEEN UNO AND CRAZY EIGHTS?

Actually, not a whole lot.   The game crazy eights which is played with a regular deck of poker cards is very much the same game as Uno.  However, the one main difference is that Uno has a few additional cards:
Reverse, Skip, Draw 2, Draw 4, and regular Wilds
Some people have adjusted their version of crazy eights to be more like Uno in that if a 2 is played of a certain suite, then the following player must draw 2 cards.
The final difference revolves around the name of the game, Uno.   Uno has one main rule, a player must call “uno” when they are down to one card left in their hand.

ARE THERE UNO VARIATIONS?

There are certainly uno variations.   A few of the variations that I have seen that I like to implement in my home game are:
For more advanced information on uno variations, I like Mark’s write-up here.

WHY I LOVE THE UNO DECK FOR KIDS?

A few years back my life changed for the better when I first became a parent.  Lots of things have changed in the years since my kids were born.  While I really love strategic board and card games, the ease of understanding for kids is simply amazing with the uno deck.
Aside from the cards like skip, reverse, wild, and draw 2, the main uno cards are very basic learning tools for kids. Basic colors of red, green, blue, and yellow and all the single digit numbers from 0 – 9.
Simply playing the game becomes a fun way for kids to solidify their knowledge of early colors and numbers.

HOW CAN I USE THE UNO DECK AS A TEACHING TOOL?

Not only is the uno deck great for enhancing the knowledge of colors and numbers for younger kids, but as they start to develop in their mathematics, there are a number of games that can be played that also are a fun way to develop addition, subtraction and other forms of arithmetic.
Here are a few games I have done with my children:

Math Scrabble plays off the concept of scrabble only with numbers.   You remove all the non-number cards from the deck, and then deal out a hand of 5 cards to each player (this can also be done with more or less cards depending on the age of the kids).
Each player then then takes a turn to create a mathematical equation.   For example, if you had the number 1, 2, 3, 4, and 5 in your hand.  You could create the equation 1 + 2 = 3.   You would then place a line on the board of 1, 2, 3.
For the basic version of math scrabble, I just use addition and subtraction.
The next player would go and would create an equation using one of the numbers from the initial line.   Lets say the second player also has the hand 1, 2, 3, 4, 5.   They could make an extend equation by starting with the number 3 from the first line.  Then they could do something like: 3 – 3 + 1 + 4 = 5.
Depending on the age of the kid, you may or may not want to incorporate scoring.  For scoring, you simply add up the total numbers from all the digits.   So in the example above, the equation of 1 + 2 = 3 would total 6 points (3 + 2 + 1).  The second example would total 3 + 3 + 1 + 4 + 5 or 16 points.
I was able to introduce my 5 year old to this game as she became acquainted with addition and subtraction.   I suspect a starting age would be the end of kindergarten for the child and the rules can be modified for your kid’s liking.

For 2 players (maybe you and your kid).
Learning the hierarchy of numbers can be fun with the simple game of war.   Take a stack of Uno cards and remove all of the non-number cards.   Only keep 0-9s.
Deal out all the cards to each player.
In normal war fashion, each player flips over 1 card at a time.   Have your kid tell you who’s card is bigger.  The person with the bigger card takes both cards.
If the cards are the same, a battle takes place.
Each player places 3 cards face down and then turns the next one up.  The winner of that face up battle then takes all of the cards from the previous flip(s).   If there is another tie, another battle occurs with three down and 1 up.
The game goes until one player has all the cards or you decide to switch it up 🙂

War with 2 digits, or 3 digits

I liked the multiple digit war which pushed my kids a little bit further in their understanding of numbers and how to read and understand larger numbers.  Just like regular war, you flip cards and see whose is bigger.  However, with the 2 digit version of the game, each player turns over 2 cards at a time.
The first card to be flipped goes in the ones position.  The second card to be flipped goes in the tens position.  So if a player flipped the number 3 first and then the number 1 second.   Their ‘war’ number is 13.  If the second player flipped a 1 first and then a 2 second, their ‘war’ number is 21.  The second player thus has a higher number and would take all four cards.
I recommend having your child state each number out loud.  For example, saying twenty-one and thirteen.  And then saying twenty-one is greater than thirteen.
Once your child has grasped the 2-digit version of the game, you can increase the number of digits to 3 for example.  With three digits, you are simply adding a third card for the hundreds spot.
For example: the first player plays three then four then five.  Their number would be 543 or five hundred and forty-three.
Epic battles of war can ensue.
Don’t expect that you kids will be clambering to play this game over the xbox or playstation though.

4 Reasons to have a Weekly Game Night 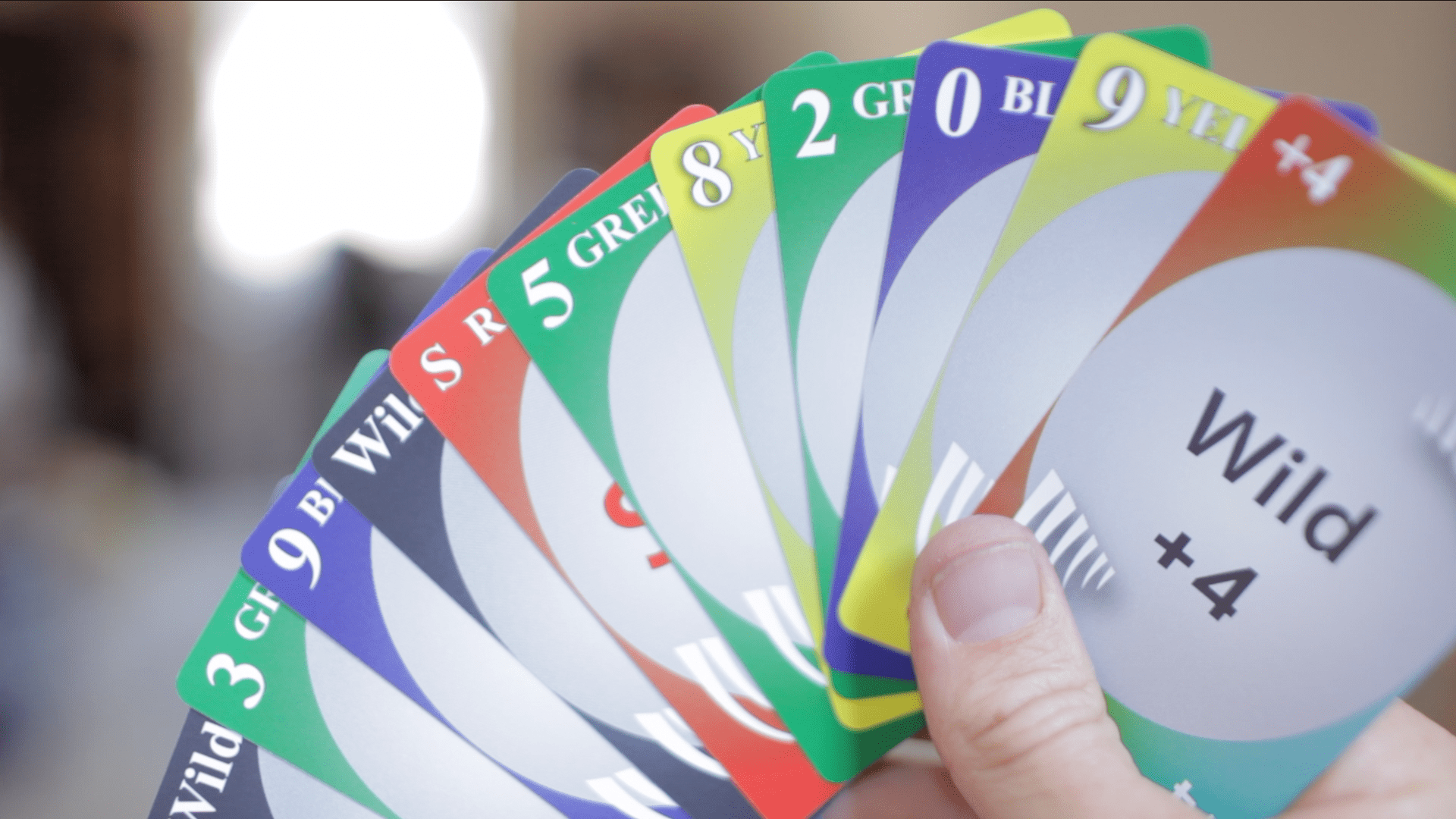 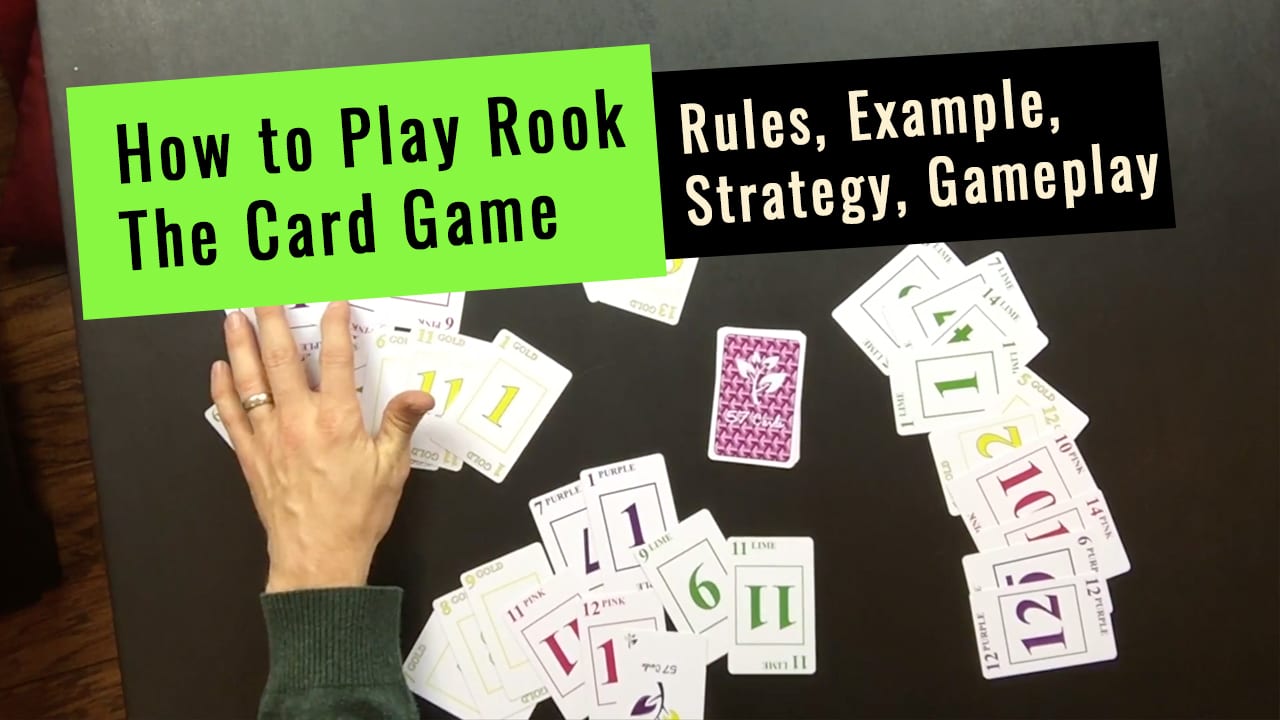 How to Play Rook: A Complete Walk-through 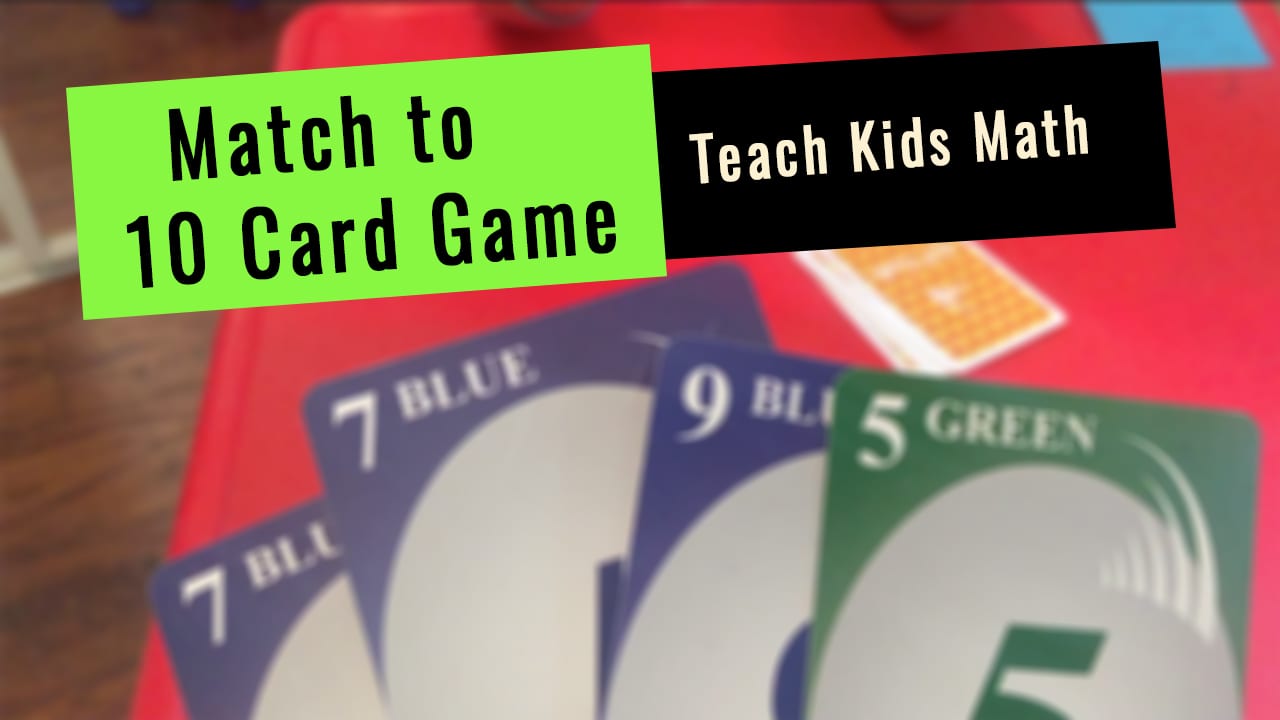 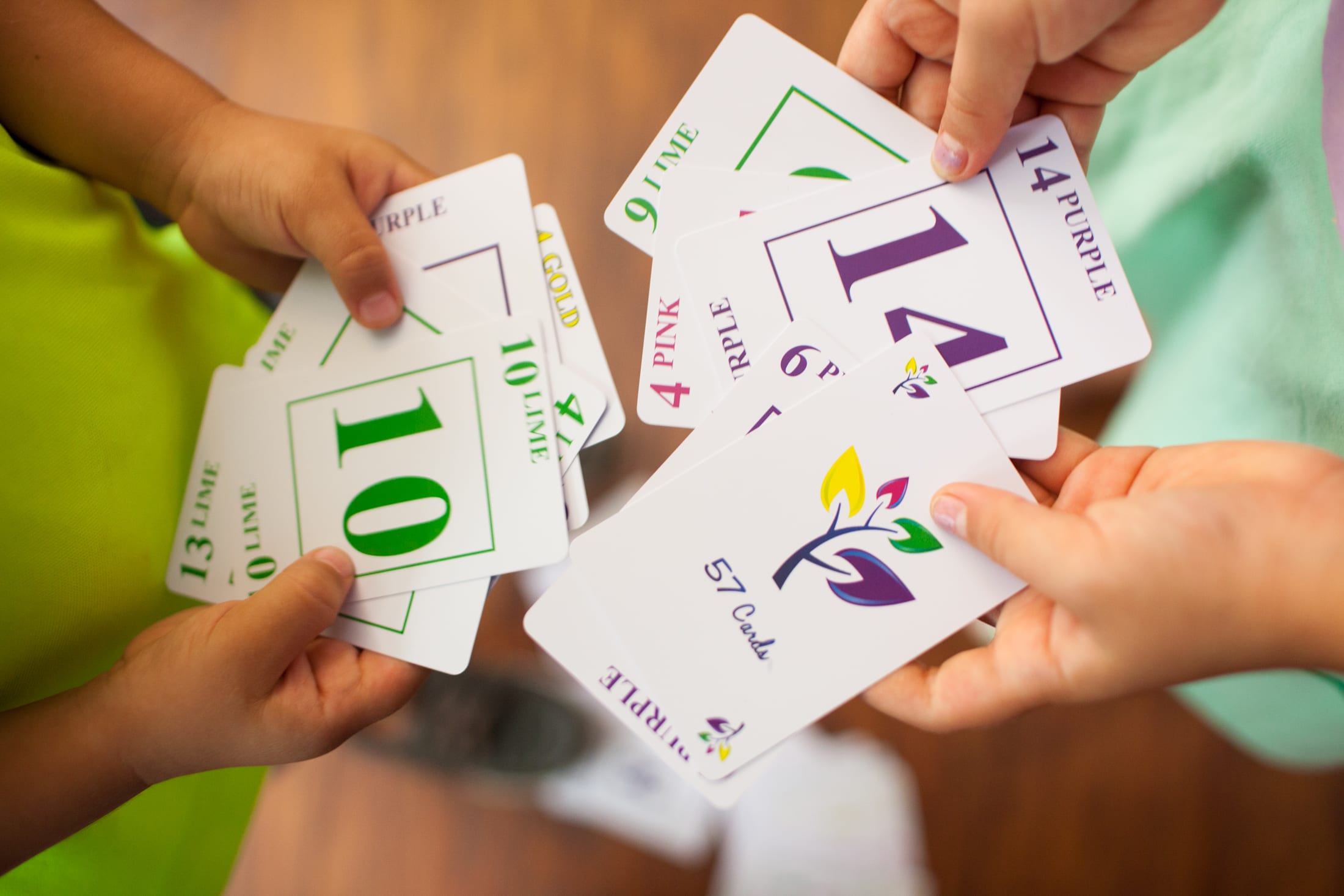 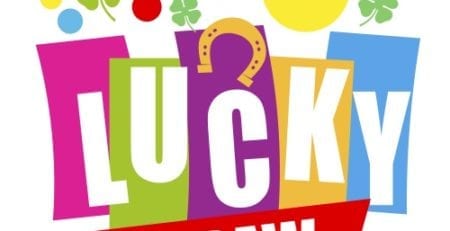 Why I Prefer Playing with the 2s, 3s, and 4s: A Mathematician’s Discussion